skip to main | skip to sidebar

Moving down the Zealong lineup, I am confronted with our next contender:
Zealong Aromatic

This tea is a lightly roasted, Taiwanese style oolong.

The dry leaf fills my nose with hints of bananas, sweet butternut squash and a mild roast.
I am assuming this is a 2010 tea, and having such a long resting period, I think, benefited the leaves, at least for my palate. 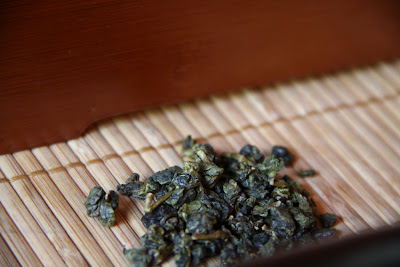 The aroma of the infusion and the resulting liquor were quite similar, almost indistinguishable.
Roasted plantain with a hint of sage and agave nectar.
The same butternut squash layer I found in the dry leaf was again evident in the infused leaf and the brew itself.

The aspect that most interests me is the banana/plantain resemblance. I have only found that in one other tea that I can remember: Taiwan WuYi.

Having a memory bank of tastes and attributing them to certain teas is a concept that interests me. I have heard that memory itself is most heavily linked to the olfactory system. Or put differently; smells trigger the memory (and recurrence of past events) faster than any other sense of the human body. 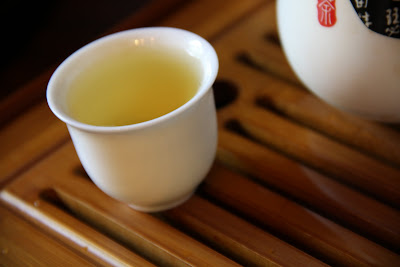 The taste is clean and light.
It possesses a cucumber taste that I normally find in Dong Ding oolongs (again my memory bank is flooding with past Dong Ding and Tung Ting tastings).
There is a subtle roasted flavor that cleanses the palate and makes way for a wonderfully delicate vegetal finish.

The roast in this tea does not detract from the overall flavor profile, but does well in adding another dimension to the tea; another layer of interest to take hold of. 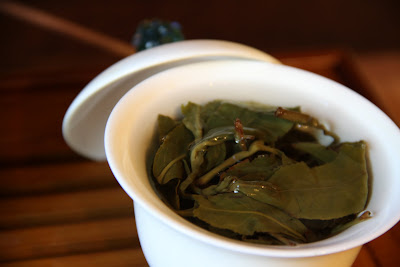 This tea is well balanced and well produced, as can be seen by the infused leaf.
I did enjoy this tea better than the Pure, but that is most likely due to the fact that a roasted tea can take age with ease.

Despite my previous post, I would like to say that Zealong teas are by no means bad. I may have just been expecting more than they delivered. I feel as though the 2011 teas will be quite fantastic!


~billy
Posted by Sir William of the Leaf at 8:34 PM
Email ThisBlogThis!Share to TwitterShare to FacebookShare to Pinterest

Sir William of the Leaf
Anderson, Indiana, United States
Consumer and appreciator of Tea, and all it encompasses.

Blogs more interesting than my own 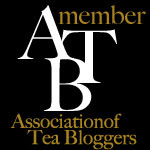